​The following illustrations have been resized from their originals to expedite quicker uploading for internet purposes. As such, there will be some drop in the picture quality or text. I hope that the posters will inspire or arouse the observer to reflect over matters that concern life and living.
​
​The Picture Poster blog series have been separated into pictures with flowers, bees, birds, insects and others. Each blog post will contain about six to eight pictures in each series; and there will be more than a blog post for each section. 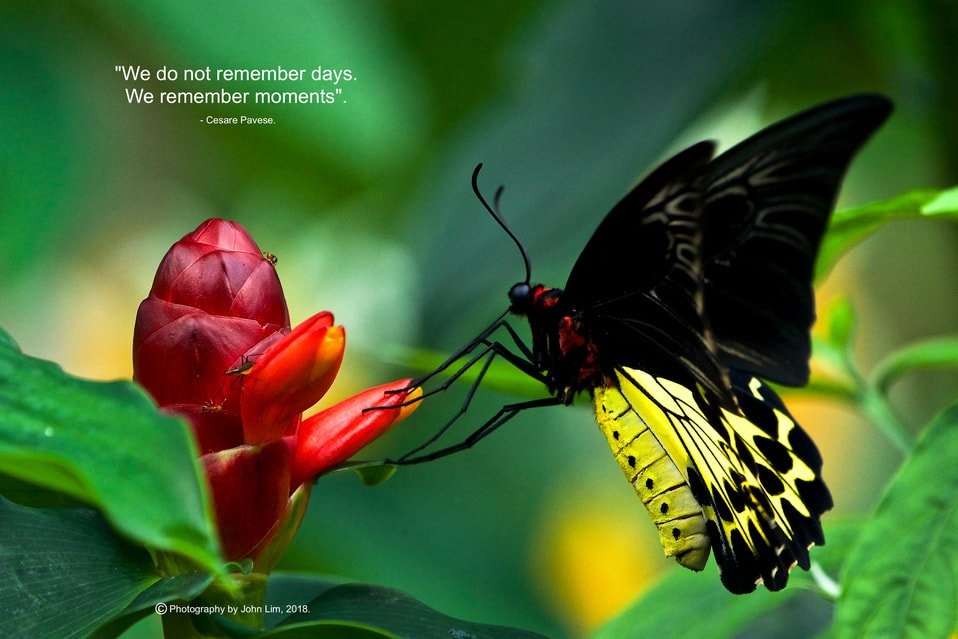 Troides helena, the Common birdwing, is a butterfly belonging to the family Papilionidae. It is often found in the wildlife trade due to its popularity with butterfly collectors. The butterfly has seventeen subspecies. Pictures of a female specimen taken at Singapore Botanic Gardens. August 21st 2018 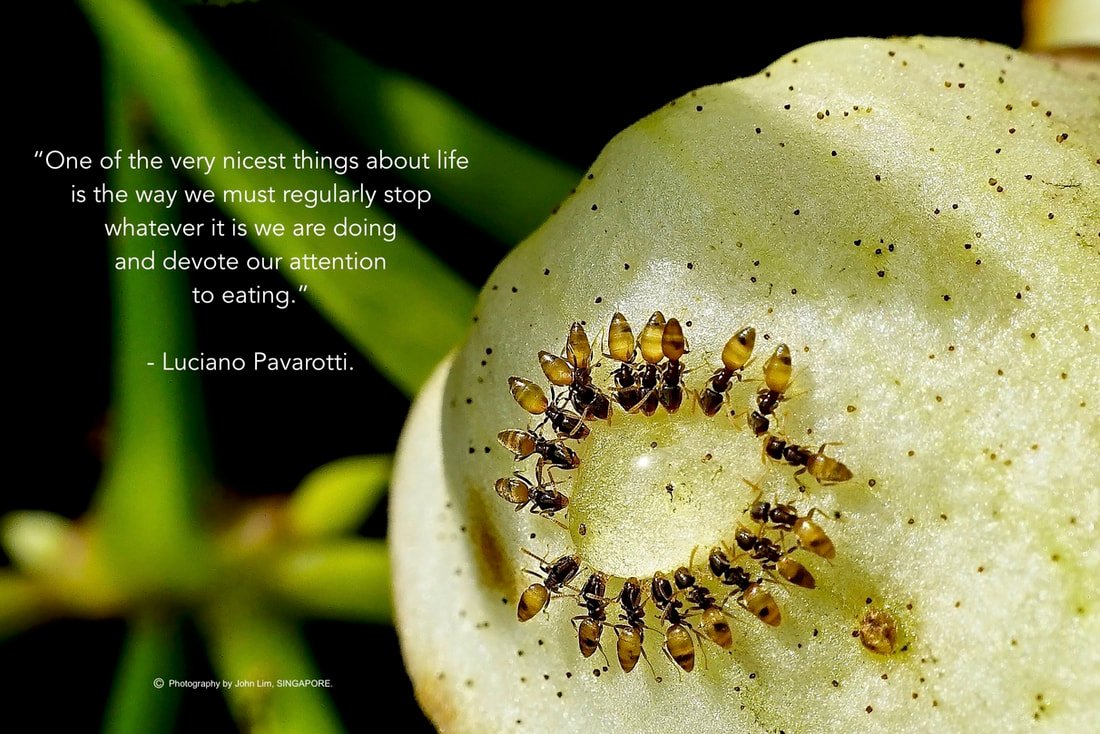 Tapinoma melanocephalum is a species of ant that goes by the common name ghost ant.The ghost ant, is an ubiquitous indoor and outdoor pest throughout much of the tropics and subtropics, and an increasingly common indoor pest in temperate regions. They are recognised by their dark head and pale or translucent legs and gaster (abdomen). This colouring makes this tiny ant seem even smaller. Although most often found in houses, they can also move out into surrounding vegetation in highly disturbed and highly isolated habitats, opportunistically nesting in small plant cavities. Nests readily relocate, and overnight they can move into a shoe or an umbrella left on a porch. 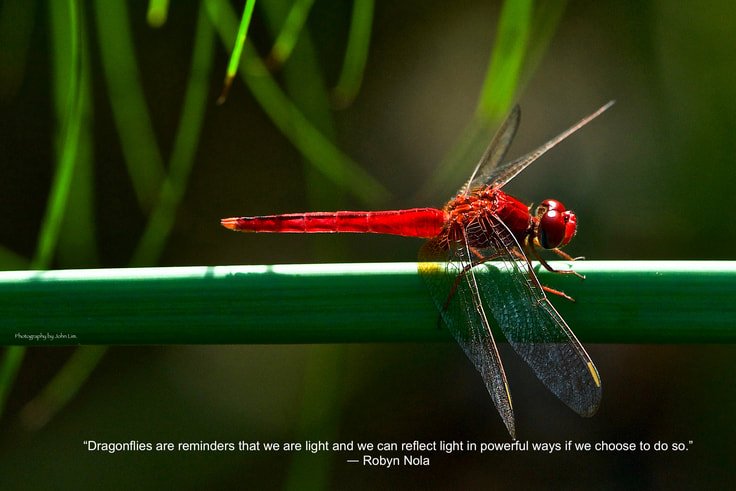 The Common Scarlet.(Crocothemis servilia.)
This is one of the larger species of red dragonflies. In males, the hindwing is 31 to 33 mm in length and the total body length ranges from 40 to 43 mm. The male is red from head to tail, including the eyes. There is a distinctive dark line along the dorsum of the abdomen. The female is light brown in colour. The wing base has a brownish yellow hyaline patch, moderately extensive in the hindwing. The immature male is like the female. Pictures taken at Singapore Botanic Gardens on July 31st 2018. 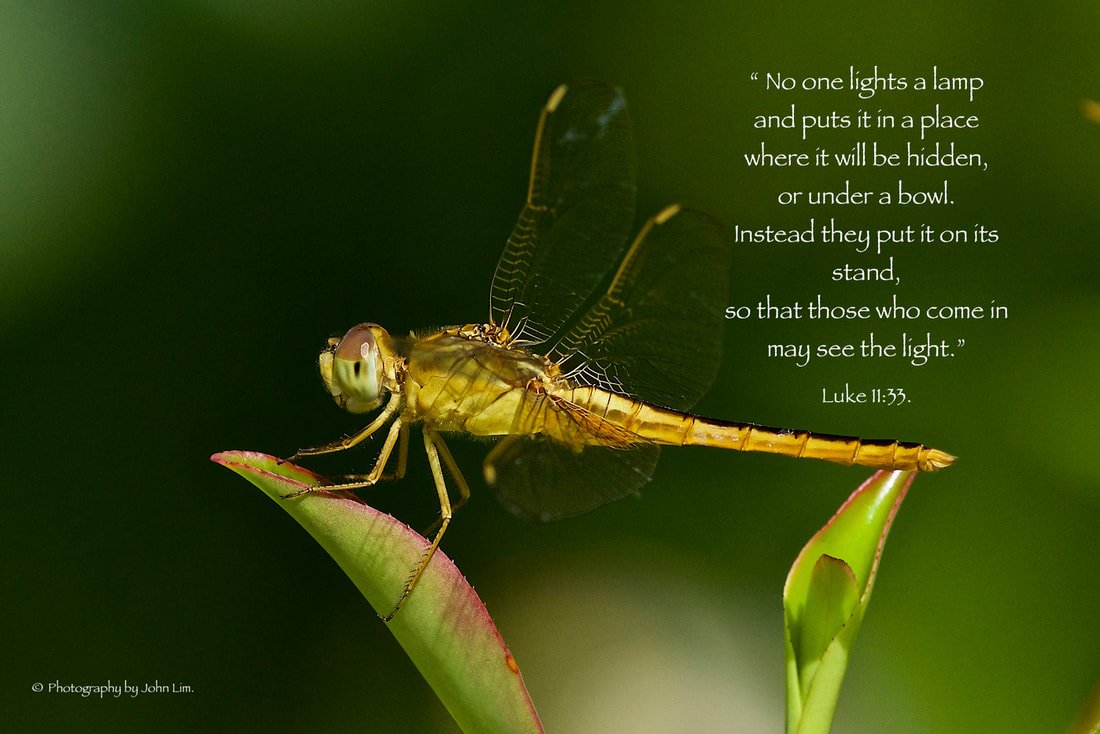 The female is light brown in colour. The wing base has a brownish yellow hyaline patch, moderately extensive in the hindwing. ​ 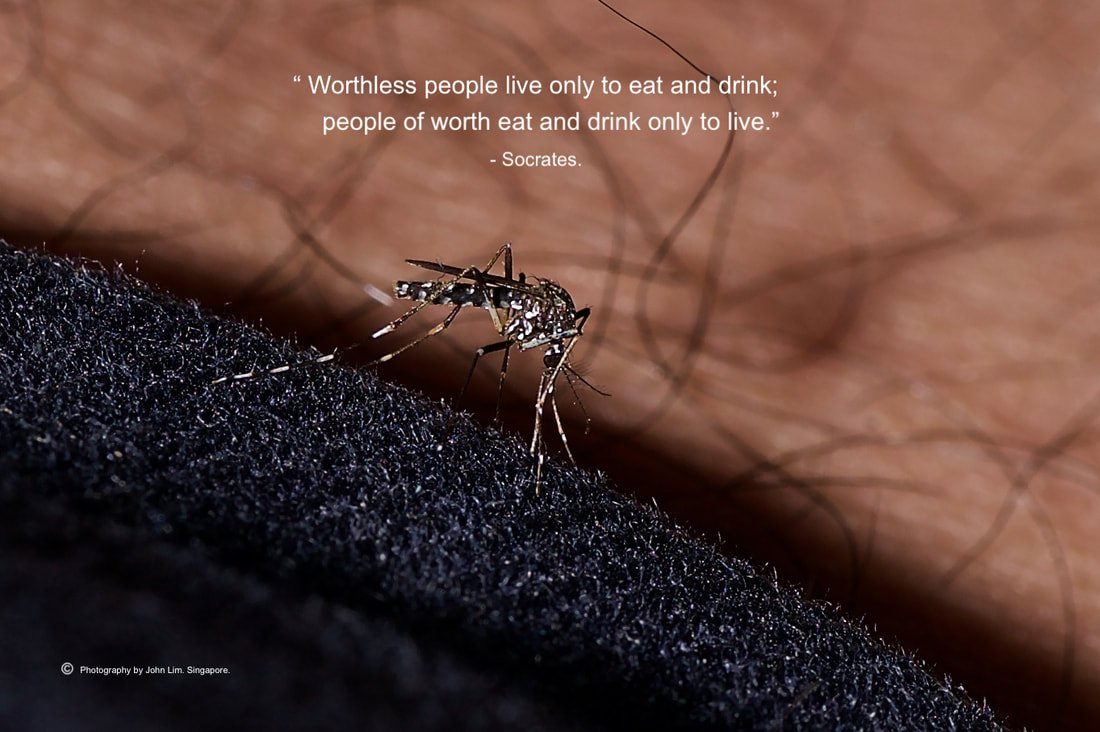 Aedes aegypti, the yellow fever mosquito, is a mosquito that can spread dengue fever, chikungunya, Zika fever, Mayaro and yellow fever viruses, and other disease agents. The mosquito can be recognized by white markings on its legs and a marking in the form of a lyre on the upper surface of its thorax. Originated in Africa, is now found in tropical, subtropical and temperate regions throughout the world.

Did you know?
1. Only the female Aedes mosquito bites, as it needs the protein in blood for its eggs to develop.
2. The mosquito becomes infective approximately seven days after it has bitten a person carrying the virus. This is the extrinsic incubation period, during which time the virus replicates in the mosquito and reaches the salivary glands.
3. Peak biting is at dawn and dusk.
4. The average lifespan of an Aedes in nature is two weeks.
5. The mosquito can lay eggs about three times in its lifetime, and about 100 eggs are produced each time.
6. The eggs can lie dormant in dry conditions for up to about nine months, after which they can hatch if exposed to favourable conditions, such as water and food.

Under optimal conditions, the egg of an Aedes mosquito can hatch into a larva in less than a day. The larva then takes about four days to develop into a pupa, from which an adult mosquito will emerge after two days. Three days after the mosquito has bitten a person and taken in blood, it will lay eggs, and the cycle repeats. Source: NEA Singapore.

Before you ask: This mosquito was “terminated” after the 4 seconds photo shoot! It was a male aedes, but terminated anyway! 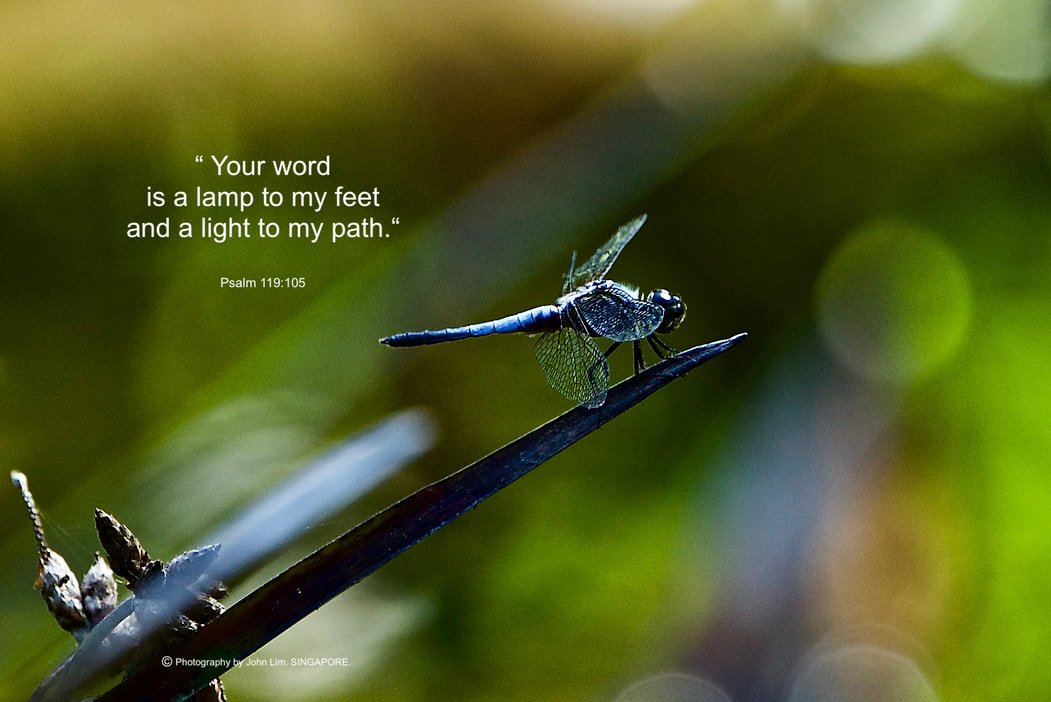 The Blue Dasher. Kent Ridge Park.
Common blue species. male is powdery blue with dark tail tips, sides of the thorax brown.The base of the hindwing has a yellow tint, which separates it from the quite similar Brachydiplax farinosa. The female is brownish-yellow with dark markings along the dorsum of the abdomen. Its wings have a clear hindwing base. 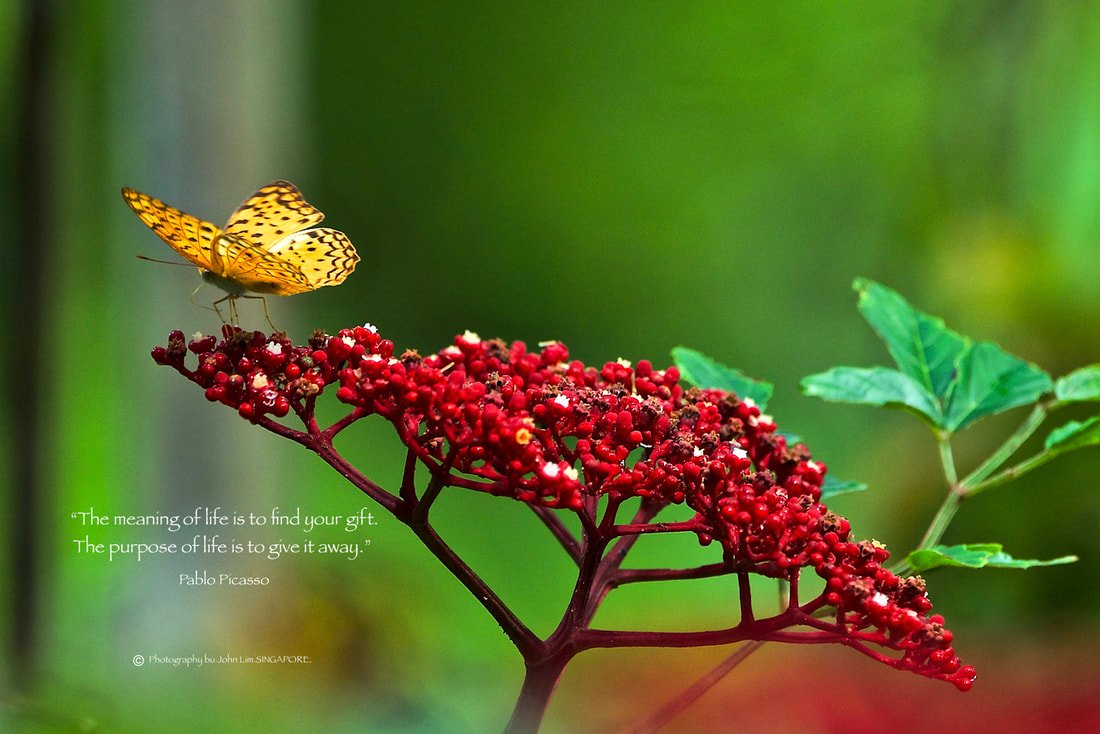 The Leopard butterfly.( On the Red Tree vine, Leea Rubra.) This sun-loving species is not uncommon in Singapore. The fast flying adults are usually found in secondary growth, urban areas, sidewalks, parks and gardens. flying around flowering shrubs taking nectar, and at times several of them can be seen puddling together on damp ground. The restless adults make it rather difficult for photographers to capture them on film. – Butterflies of Singapore. ​ 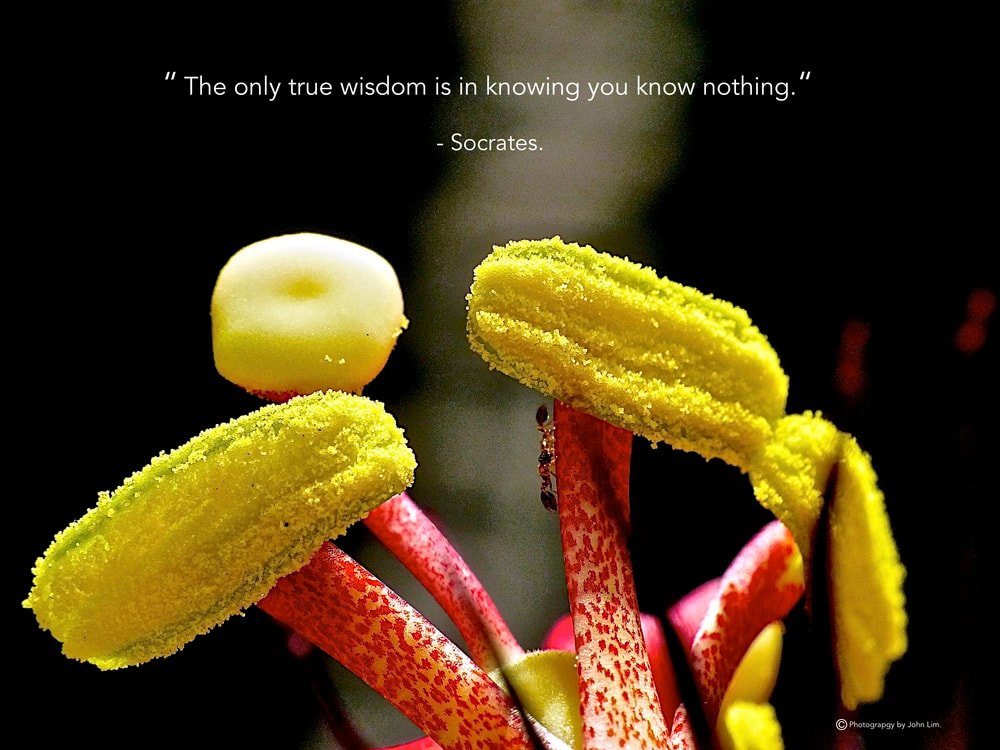 A herbaceous climber, it has a twining habit and has tendrils to aid in climbing. The leaves are simple, alternately arranged and are oblong in shape. The leaves are tomentose on the underside while minutely pubescent on the upper side of the leaf. The stems are sub-cylindric, bluntly angled and deep-furrowed.

Flowers: The bisexual flowers are borne from the leaf axils and have red sepals and petals. The filaments are pale pink or white at the base, turning purple at the apex. 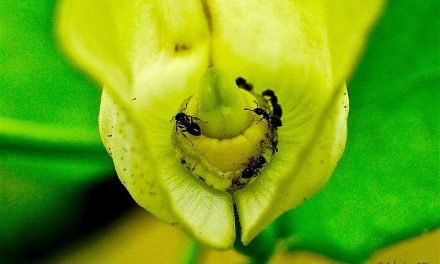 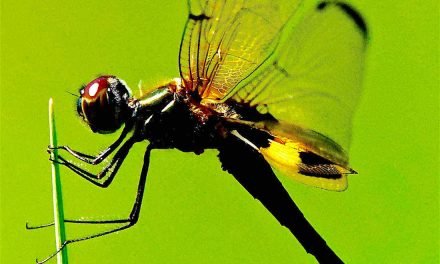 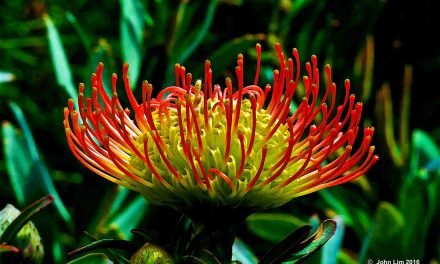 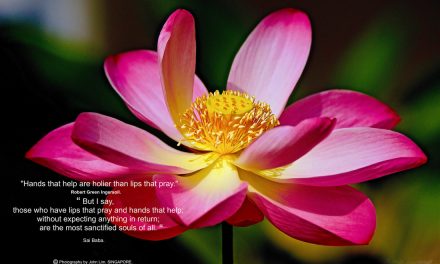